Come join our Wednesday night tradition, where it's all about the Silver Ball. This 9-week league will teach you all the basics, plus you'll have tons of fun.

Leagues start at 7pm and are held at the Champion's Sports Bar located at 300 2nd Street, Highspire PA 17034 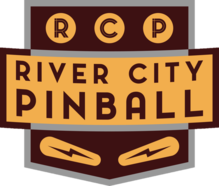 Join one of our Leagues!

Thank you for contacting us! If needed, you will hear back within 48-72 hours. 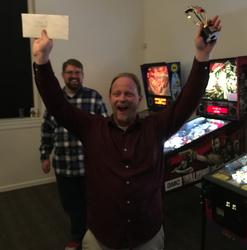 Talk about pinball and more!

Started in 2016, River City Pinball was initially just an idea on a bar napkin one night. But it became a reality. Now home to eight pinball machines, a weekly league and monthly tournaments.  River City is considered the place to play and learn pinball.  Oh, and why not make some new friends in the process.

The Summer 2022 league will begin June 29th with a dedicated night for orientation.  Capital Vending has graciously offered to put all games on free play between 7pm - 9pm.  If you're unsure about joining orientation night is a great chance to stop out and see what we are all about.

The League officially starts on July 6th at 6:45pm.

It will be a IFPA registered 9 week season and follow a modified version of the FSPA ruleset.  Scoring will be handled by the PAPA online scoring system.